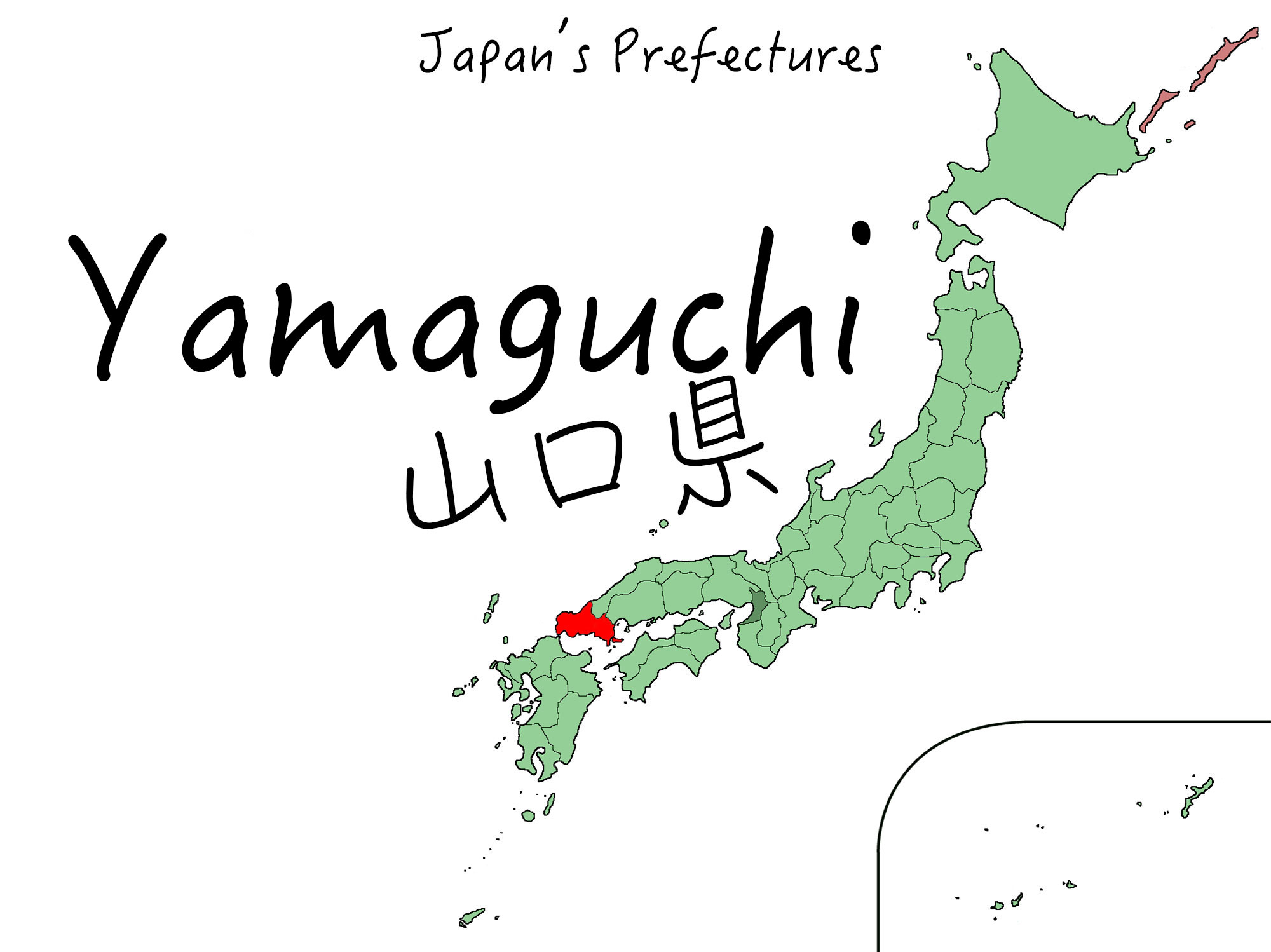 Yamaguchi Prefecture is the very bottom tip of the main island, Honshu, and is part of the Chugoku region. The best area for sight seeing isn’t the capital city (also called Yamaguchi), but instead the largest city of the prefecture, Shimonoseki. Kintai Bridge is a popular destination thanks to its beautiful design and the fact that it was built in 1673. It consists of five arches and is reminiscent of Japan from that time. In Hagi City, you can visit the Hagi Museum which is modelled after traditional samurai houses. It’s all round a really interesting place to visit and Yamaguchi Prefecture is perfectly positioned as a stop on the way to Kyushu!

You can get to Yamaguchi Prefecture by plane (from Haneda airport you can fly to Yamaguchi Ube airport). You can also get the shinkansen (from Shin-Osaka to Shin-Yamaguchi it’s two hours travel time) or drive. That’s right, the infamous fugu (blowfish or puffer fish) is Yamaguchi Prefecture’s most famous food! It’s true that part of fugu is poisonous, but this part isn’t served or eaten. It can be eaten cooked, with rice, or as is recommended, as sashimi. One of the best places to eat fugu  is Yamaguchi’s biggest fish market, Karato Ichiba. Fish from all over the prefecture is brought here so you can sample the best of everything on offer, not just fugu.

This doesn’t look anything like the sushi you’re familiar with. Sushi rice is prepared sweeter than usual in a big square and topped with vegetables and only sometimes you’ll find a cooked prawn here and there. Then the giant slab is cut into pieces. 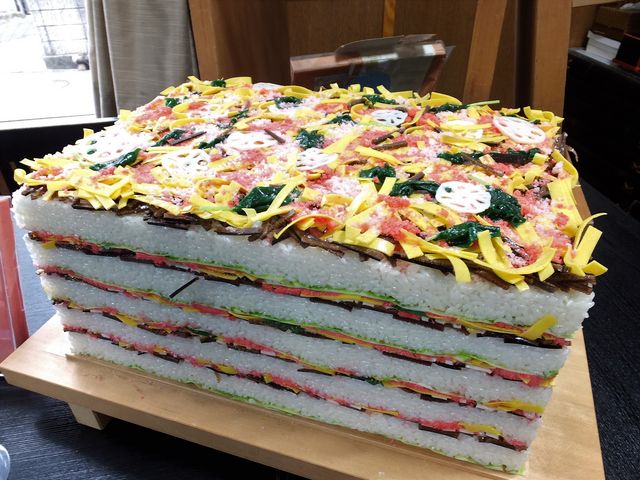 It’s said that this is a foreigner-friendly version of sushi and it became popular amongst the US marines stationed around this area of Japan.

Green tea soba noodles are topped with sliced egg, thin strips of meat, and assorted vegetables with soy sauce. The thing that stands out is probably the fact that it’s traditionally served on a roof tile.

Yep, you hear that right. However the tile has a historical context. During the Satsuma Rebellion, the fighting came to a standstill in Kawara City and soliders got a little desperate for supplies, so they started cooking things on roof tiles. For just this dish, the tiles have stuck around over the years!

Nabe is hot pot in Japanese, and mikans are a type of Japanese citrus – this one’s pretty easy to describe as it’s hot pot with mikans in it! The mikan aren’t cut up, they’re just put in the pot whole. The hot pot is savoury but the citrus brings freshness to it. 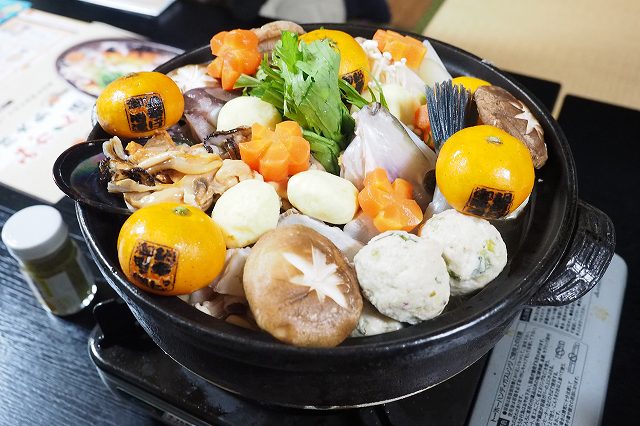