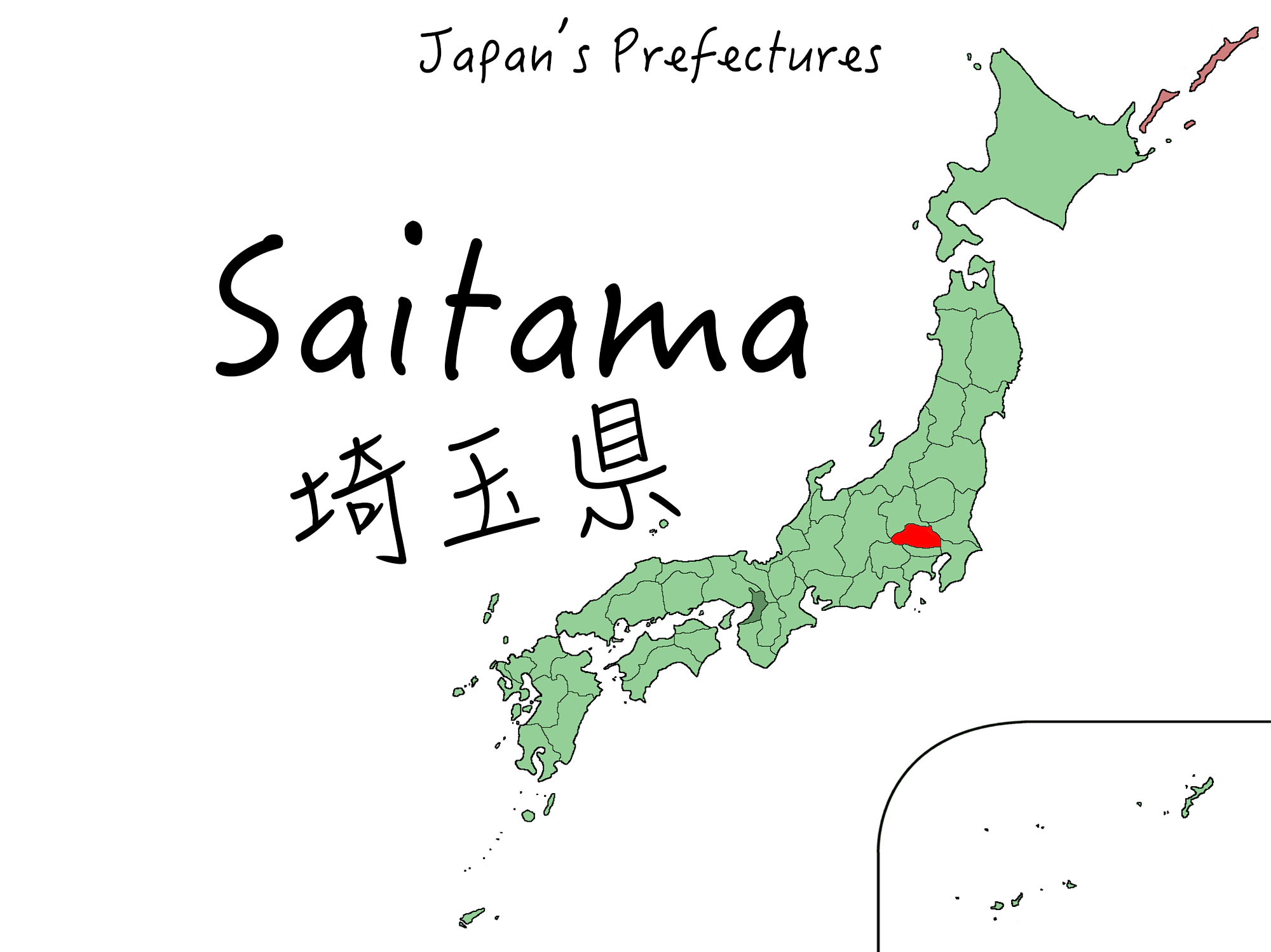 One of the few land locked prefectures, Saitama Prefecture is in the ‘Greater Tokyo Area’ and can be described as being pretty similar to Tokyo. Saitama Prefecture has always been known as a rich agricultural area, though as prices in Tokyo continue to go up, lots of people are moving to Saitama and commuting to Tokyo for work. Most of the points of interest for tourists are located in the Chichibu region of the prefecture, and there you can find the Railway Museum, Chichibu and Kitain Shrines, the Thirteen Buddhas of Chichibu, and the super cute Omiya Bonsai Village! There are quite a few local sports teams as well, for baseball, soccer, and rugby.

Being so close to Tokyo, Saitama Prefecture is easily accessible by car or train from Tokyo. If you’re flying, Narita or Haneda are the closest.

This is a tea grown in the south west of Saitama Prefecture, and it’s characterised by really thick leaves. Thick leaves help the tea plants survive in the cold winters of Saitama, and sometimes they survive frost as well. The trees were actually selectively bred over many years to create the winter surviving thick leaves!

The tea is sweet and rich, and has some of the highest levels of anitoxidants of green tea. Japan has been growing tea for around 800 years and after the Meiji Era tea became one of Japan’s biggest exports.

There’s a local saying which is ‘manju for breakfast, udon for lunch’ so of course there has to be a local udon variety. This dish is eaten like tsukemen where the udon noodles are served cold and dipped in the soup which is made from dashi, miso, and sesame. It also has toppings, with the most regular one being chilled cucumber. 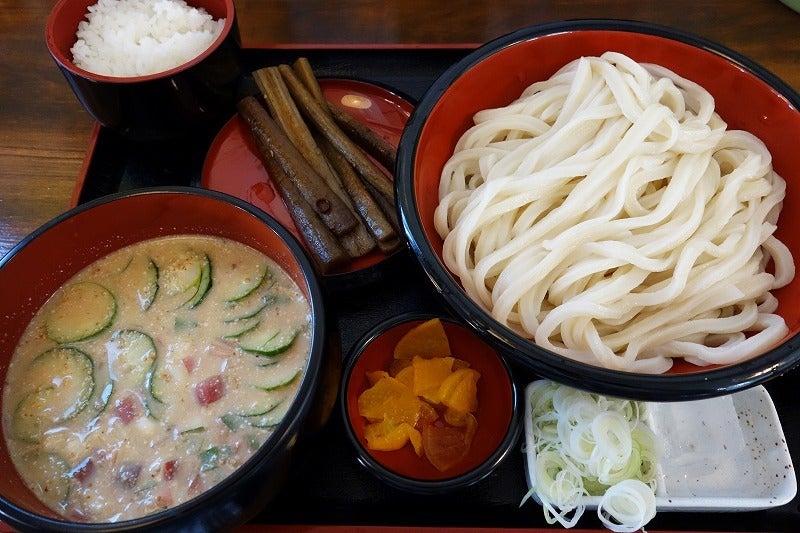 We’ve talked about unagi in Chiba Prefecture before, but it’s also popular in two regions of Saitama Prefecture – Urawa and Kawagoe. During the Edo period, Urawa was basically a big swampland that was filled with freshwater fish. Fisherman started catching eels as well, and the region became more famous for the eels than the fish.

Meanwhile in Kawagoe, around the same time in the Edo period, eating meat was prohibited but eel was ok and so it was an important source of protein. In this specific part of the prefecture, eel is eaten simply with soy sauce. However, there are two main styles of eel dishes. The first is kabayaki, where the eel is marinated before being cooked, and the other is shirayaki where the eel is cooked without a sauce. Shirayaki is often served with salt and wasabi on the side. 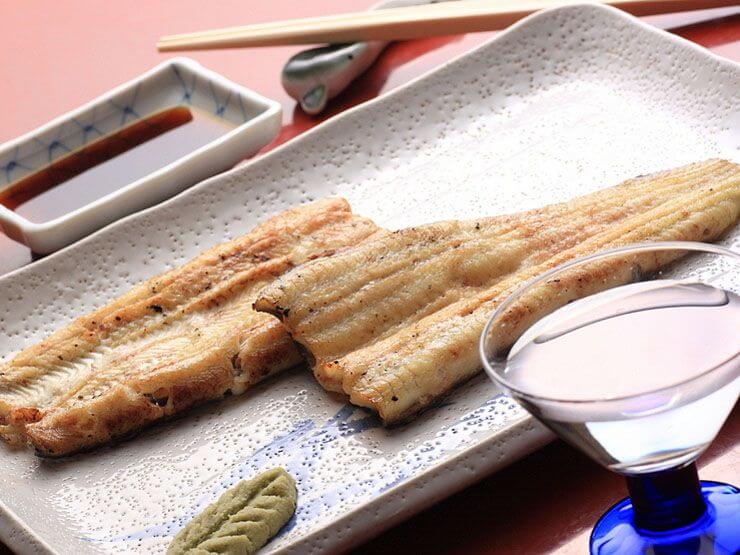 Kawagoe is also known as “Little Edo” because of its lasting architecture from the Edo period, and part of the Edo culture was candy! Fukashi are types of sweets made with wheat bran. The primary ingredients in this candy are gluten (sorry!) with a black sugar coating. In Kawagoe they come kind of in the shape of long thin baguettes and you can buy them from touristy areas.

Another candy is amezaiku aynd ou might have seen these before because they are absolutely beautiful. They’re made from sugar that has been heated into a syrup and then shaped. Check out the video to see them in action, or if you visit Kawagoe you should definitely check out the stores that make these right before your eyes!

Both regular and sweet potatoes are famous in Saitama Prefecture.

Sweet potatoes from the area are renowned for being more sweet than chestnuts (which are extremely popular as a dessert in Japan) and both traditional and modern desserts are made using them. Regular potatoes are commonly boiled before being crumbed, fried then coated in miso paste and eaten as a savoury snack between meals. Served steaming hot, they’re irresistible as a snack or comfort food for those who love potatoes.

If you feel like you’ve heard about ayu (cormorant fish) you probably read our Gifu Prefecture blog! The fish are typically caught in the Aragawa River, specifically the section of the river that runs through Chichibu. Being in the north of the prefecture, the water is a bit cleaner here and so the fish are better.

The fish is known as being super aromatic, and it is most often found grilled over a fire or fried. 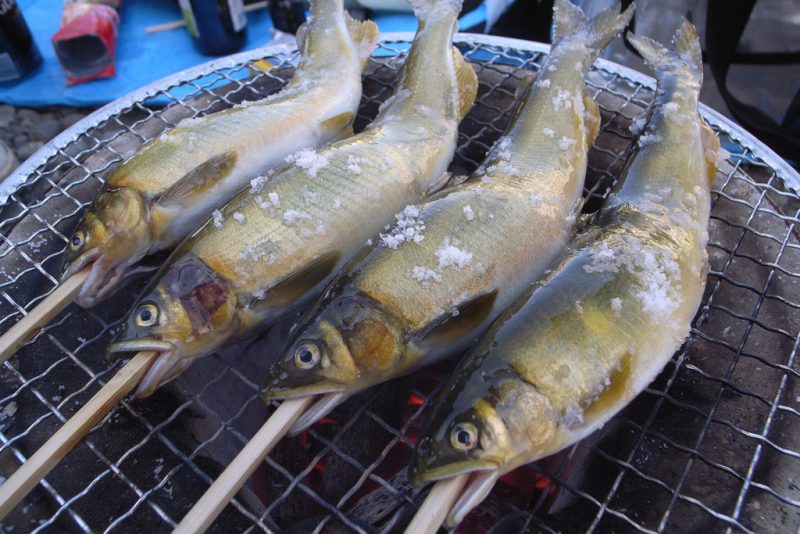