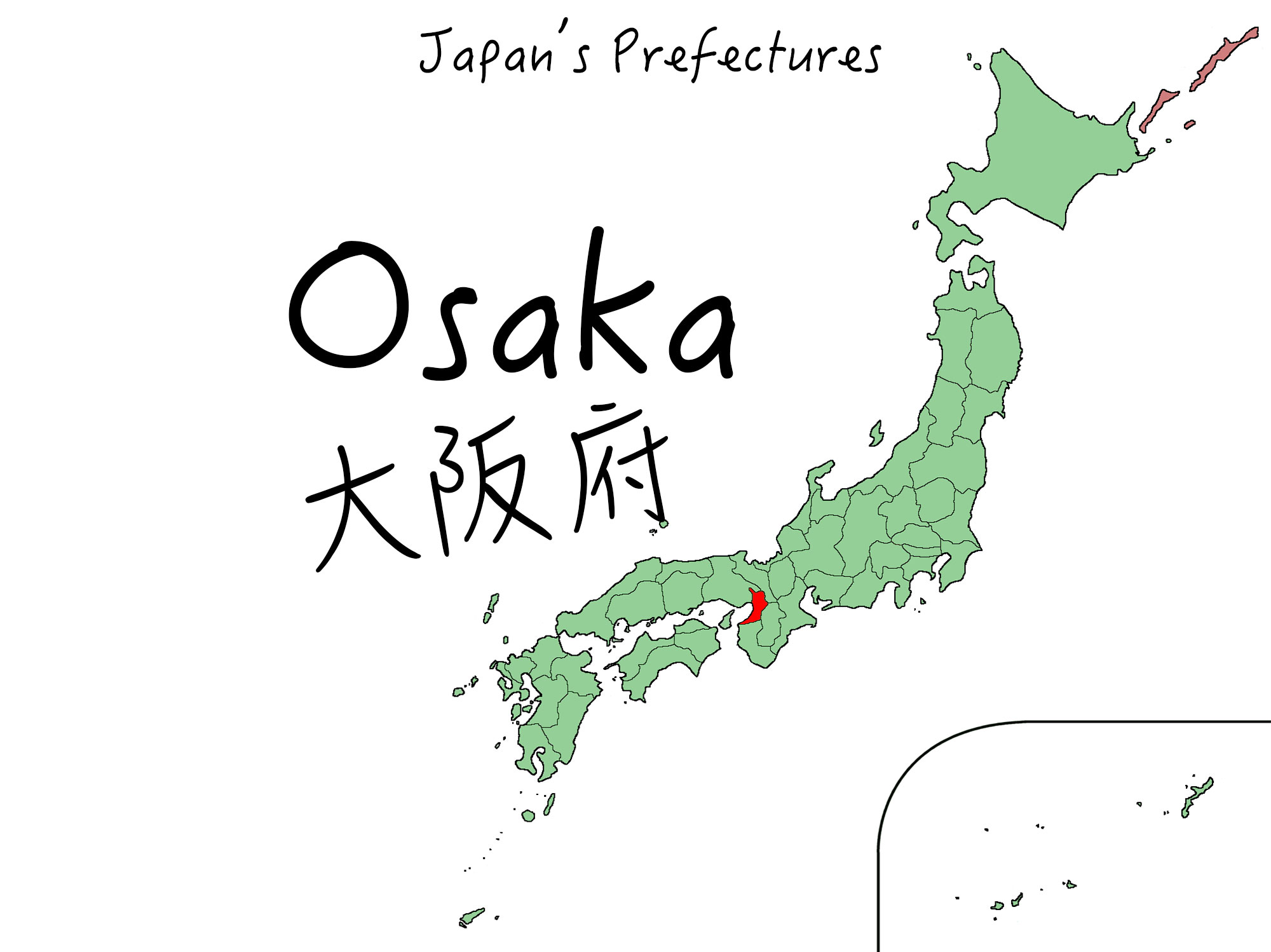 Osaka Prefecture is a special one! Not only does it have the second largest city (Osaka City), it’s one of only two prefectures to be classed as an “urban prefecture”, so instead of being called Osaka-ken in Japanese, it’s Osaka-fu. It’s also the centre of the Kansai region, alongside other major prefectures like Kyoto and Hyogo. Osaka Prefecture is said to have its own personality, with a great nightlife, and is home to major brands like Panasonic, Nissin Foods, and one of my favourite Japanese chains, Mister Donut.

There are plenty of areas to visit within Osaka, from Umeda for a more metropolitan feel to Dotonbori with it’s famous Glico man and giant shop signs, to Universal Studios Japan or Osaka Castle. Getting around Osaka is also pretty easy, so there’s no need to worry about that!

We’ve talked about Hiroshima style and Tokyo style, and now it’s time for Osaka style okonomiyaki to shine! Hiroshima style uses noodles and a different cooking technique, while Tokyo has a higher batter to cabbage ratio. Osaka is the opposite of Tokyo, there’s a more even amount of cabbage to batter. This is the most common style of okonomiyaki you’ll find throughout Japan.

Okonomiyaki as a whole was born in Osaka, and it’s known as a local soul food. You can choose almost any ingredient you can think of to put in one, and you can also go to restaurants that allow you to cook it yourself at your table. Once cooked, it’s always topped with bonito flakes, nori seaweed flakes, okonomiyaki sauce, and Japanese mayonnaise!

One of the greatest Japanese street snacks of all time, takoyaki are balls of piping hot batter with a piece of octopus in the middle. Like okonomiyaki, they’re topped with sauce, bonito flakes, nori flakes, and mayonnaise. You can often find them at street stalls and as side dishes at a lot of restaurants, but you’ll really want to try them in Osaka, which is where they were created! Osaka even has a Takoyaki Museum.

You might know the word katsu in Japanese, it might make you think of deep fried pork? In this case it still means deep fried, but it can be just about any ingredient. Served on a stick, and you’ve specifically got kushi katsu. While this is something you can find at places like 7eleven all over the country, you should really try a restaurant or stall that specialises in this kind of dish.

In fact, there’s a shop called Daruma on Dotonbori that does just that. Open since 1929, Daruma isn’t going anywhere. It’s known for using good oil and their original dipping sauce.

This is actually a chain, but it’s iconic in Osaka. 551 Buta-man sells steamed pork buns, and they’re a household name. Freshly made, many people pick a box of buta-man up as a souvenir to take back home when they visit Osaka, or as a snack for the shinkansen. It’s so popular some people even take them home as part of a family dinner!

Needless to say, if you see a 551 shop you should pick up a pork bun!

This is a hotpot dish with udon noodles as the star ingredient. The restaurant Mimiu is the creator of udon suki, where they hand make their udon noodles and also offer traditional private tatami dining rooms, so you can really indulge here. Homages to its origins, as a traditional restaurant opening over 250 years ago, are present in all the food which is refined and balanced. They serve more than just udon suki, but it’s a must order item! 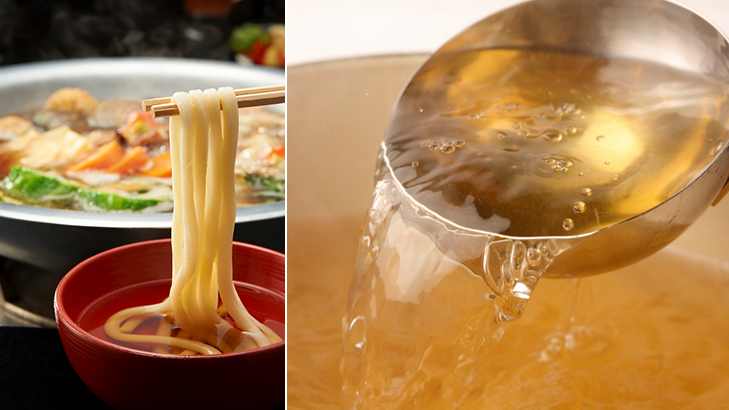