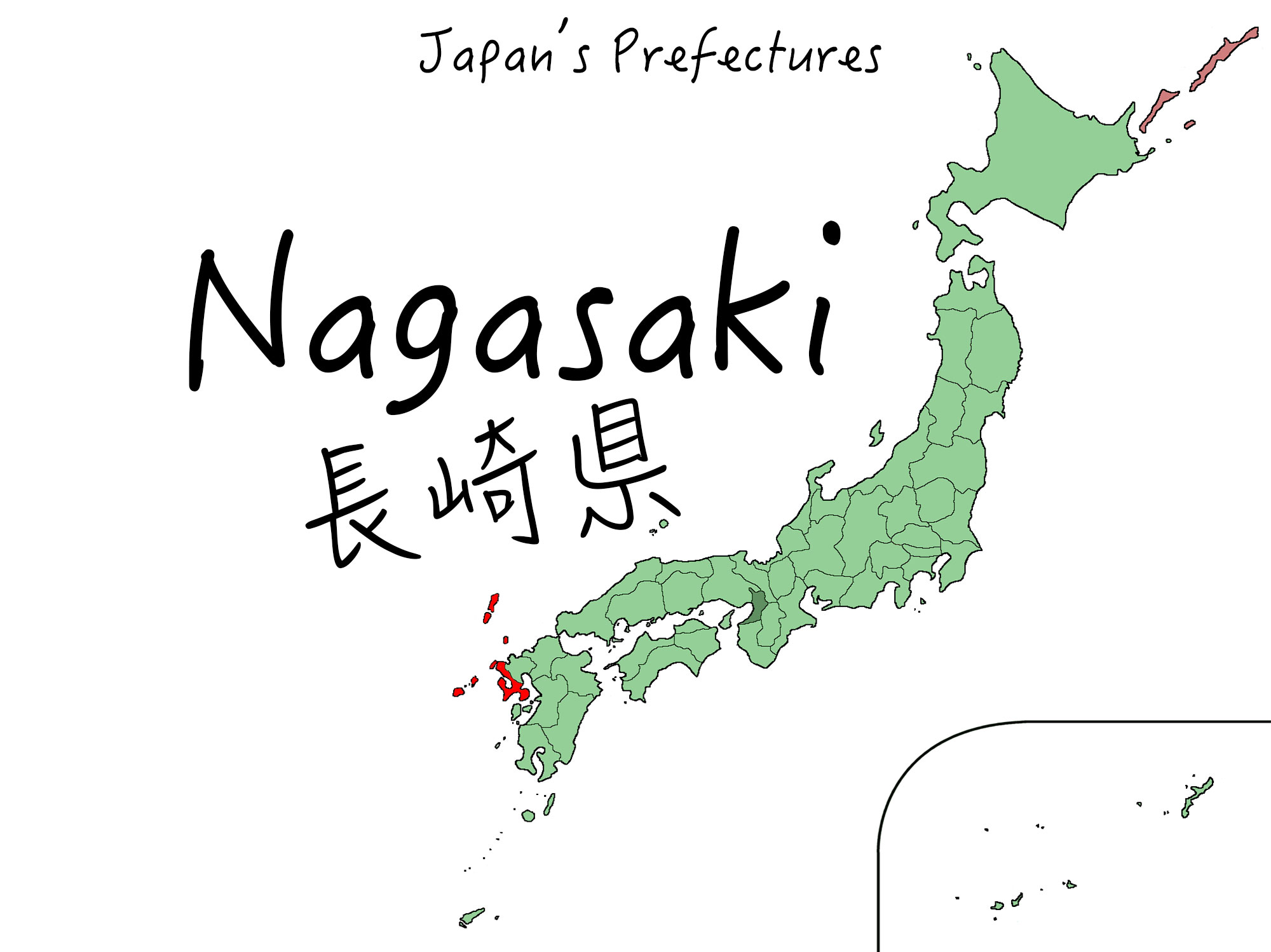 Nagasaki Prefecture has played a pretty big role in Japan’s history. Before the Meiji Period, Japan closed itself off from the rest of the world and when it finally reopened during the Meiji Restoration, Nagasaki was one of the main ports receiving foreign goods – this piece of history has lasting effects as Nagasaki Prefecture has a lot of foreign culture woven into local Japanese culture, you’ll see this in the foods as well as the architecture! It was also the site of the second atomic bomb during World War II, and we recommend going to the Nagasaki Atomic Bomb Museum while you’re here.

Nagasaki Prefecture is next to Saga Prefecture on Kyushu Island, and it’s prone to heavy rain but it does also have generally good weather. Tourist attractions include Huis Ten Bosch theme park, Hirado and Shimabara castles, a number of shrines, and much to most peoples’ surprise, quite a few Christian churches!

There are a few udon noodle dishes in Nagasaki Prefecture. The first is goto udon which is a dish that’s pretty similar to pasta. It’s thick chewy udon dipped into a sauce mixture you often make yourself at restaurants, consisting of soy sauce, raw egg, spring onions, and katsuobushi (bonito flakes). Since the noodles are the star of this dish, restaurants serving this usually hand make their own noodles. It also comes with a cool noodle catcher, as pictured above.

Another dish is sara udon, which just translates to “plate udon” and it’s named so because it’s served on a plate! A big portion of udon is topped with stir fried vegetables in a Chinese style. There’s a restaurant chain called Ringer Hut (which also exists in Tokyo) that sells this dish.

You’ll find udon in this dish but it’s not really the star (despite being a main ingredient). First, a vegetable and seafood stock is made, using cabbage, bean sprouts, mushrooms, fish cakes, and other seasonal ingredients are the real star here. Then, udon is cooked in the soup, and the vegetables and seafood is piled on top. It’s served like a bowl of ramen, but it’s much more Chinese in style.

We’ve mentioned lots of styles of –ryori foods, and Nagasaki Prefecture has a local formal cuisine as well – though it is inspired by formal Chinese banquets, Dutch, and Portuguese foods! Lots of small dishes of very delicate foods are served over the course of the meal in a Japanese style. All the dishes are delivered to a round lacquered table shared by a few people and everyone uses their own chopsticks to pick from the plates and eat. It’s tradition to start eating from ohire, a soup with the pectoral fin from seam bream in it, first before moving on to other dishes.

Introduced by the Portuguese, this simple cake made of eggs, flour, and sugar, is a Nagasaki Prefecture staple. It’s fluffy and moist, and can have any number of flavours added to it. Fukusa-ya is supposedly the original shop that first sold it, but now you can visit hundreds of castella cake shops throughout Nagasaki. You can buy it in slices, as a slab cake, a roll cake, and a number of other cute shapes including individual portion sizes that are also packaged individually! Some other products are also “castella flavoured”, including a local cider. That one’s for the more adventurous tourists. If you really love the cake you can also get cute keychains and other novely products that are shaped like the cake. 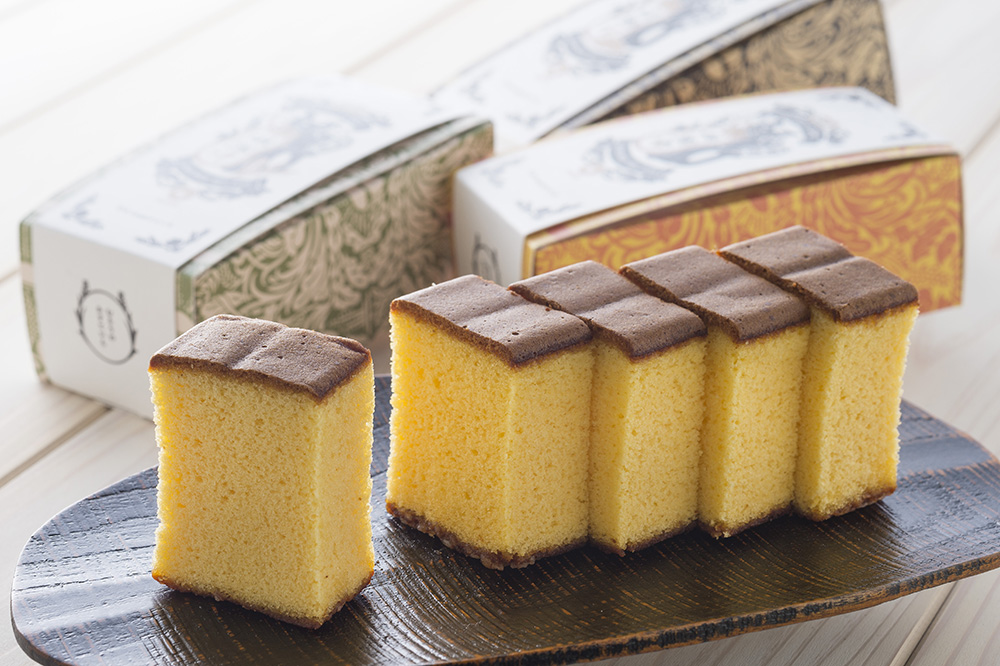 Sasebo Burger is a burger chain that came from US army and navy personnel stationed in Nagasaki. They taught some local chefs to make American style hamburgers, and it got Japan-ised into Sasebo Burger.

If you go to a bar for a drink and want what locals are having, ask for shochu. Made from potatoes, this is pretty much “Japanese vodka” and is super popular amongst the prefectures in Kyushu Island.