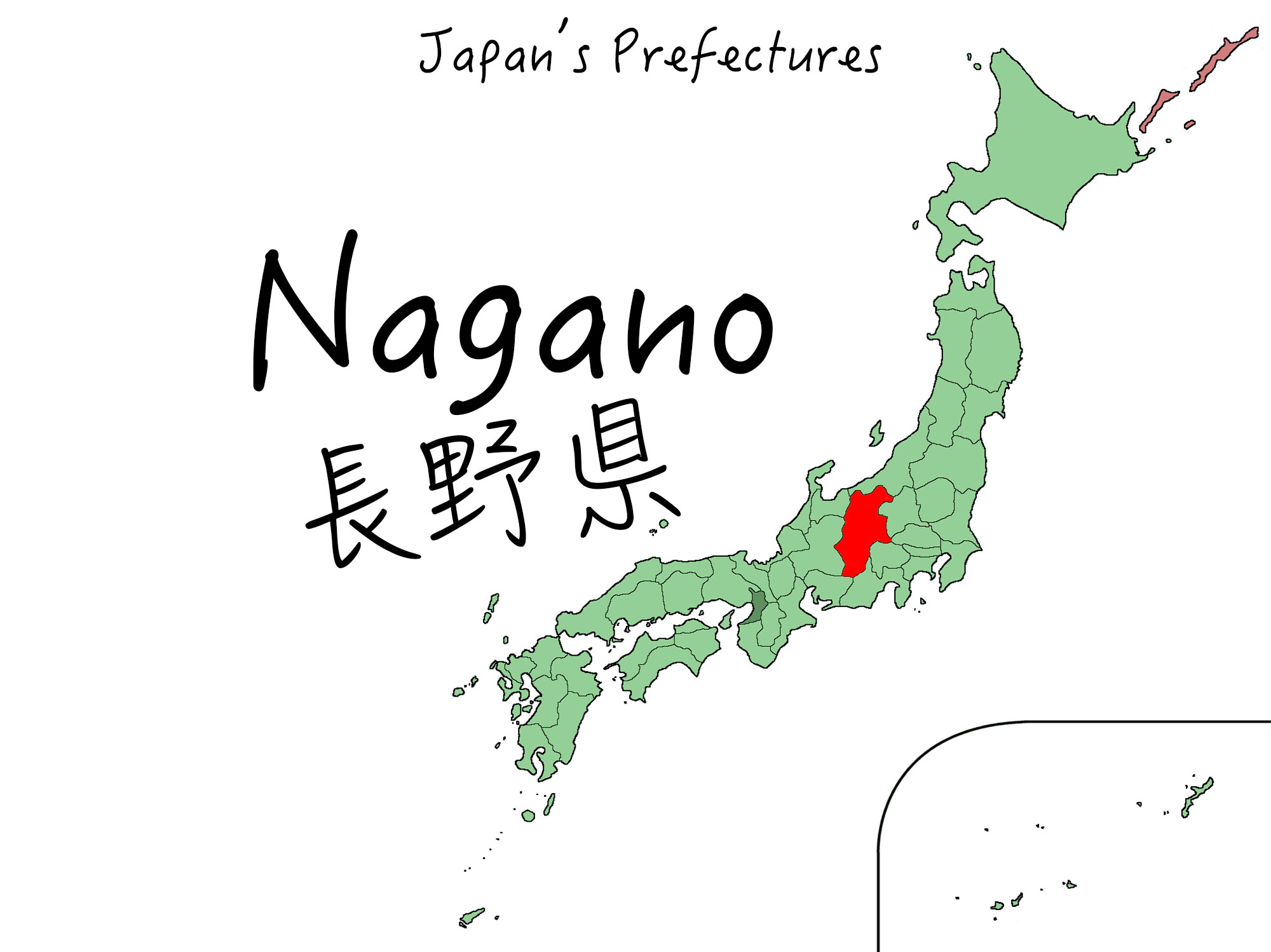 One of the few landlocked areas of Japan, Nagano Prefecture is right in the middle of Honshu Island in the Chubu region. In 1998, Nagano Prefecture hosted the Winter Olympics, gaining it a spot on the international map for winter sports lovers, and with many snow capped mountain ranges to choose from, it’s great for those who like the cold. It’s also home to Matsumoto Castle, one of the most well known in Japan, and the city of Suwa has a few attractions of its own including one of the oldest shrines in Japan (Suwa Taisha), Suwa lake, and one of the world’s highest geysers. The Onbashira Festival is held at Suwa Taisha every six years, so plan your trip well!

Thanks to the Olympics, there is a direct line to Nagano on the Shinkansen from Tokyo, and it’s super close, just an hour and twenty minutes.

Do you like dumplings? Then you’ll like oyaki. Though they’re more like buns than dumplings. The buckwheat dough is fermented before covering various fillings and then steamed or boiled. The most common filling are red bean paste for a sweet treat, or a savoury option is mixed vegetables (usually leafy greens).

Often served with a cup of tea, and sometimes lightly pan fried to heat them up and give the outside a bit of a crisp texture, oyaki are mostly found at street food stalls or at markets.

Every time we’ve mentioned soba so far, it has always been because the area has had a great water supply. Not for Nagano Prefecture! The reason their soba is so good is because they grow the buckwheat! Most shops in Nagano will handmade their noodles, and you can eat them for breakfast, not just lunch or dinner.

Toji soba is a dish you should look out for if you’re travelling in the colder months. It’s like hot pot, but you get your own little bamboo strainer to cook your individual portion of soba noodles and then tip them right into your bowl. This way you don’t have to dig around trying to find them.

Nope, not ramen, but romen. A dish from Ina City, romen is somewhere between yakisoba and ramen. It can come both with and without soup, but is always a bowl of noodles topped with stir fried vegetables and mutton.

You can pick different seasonings to top off the dish, but we recommend shichimi (AKA Japanese seven spice). 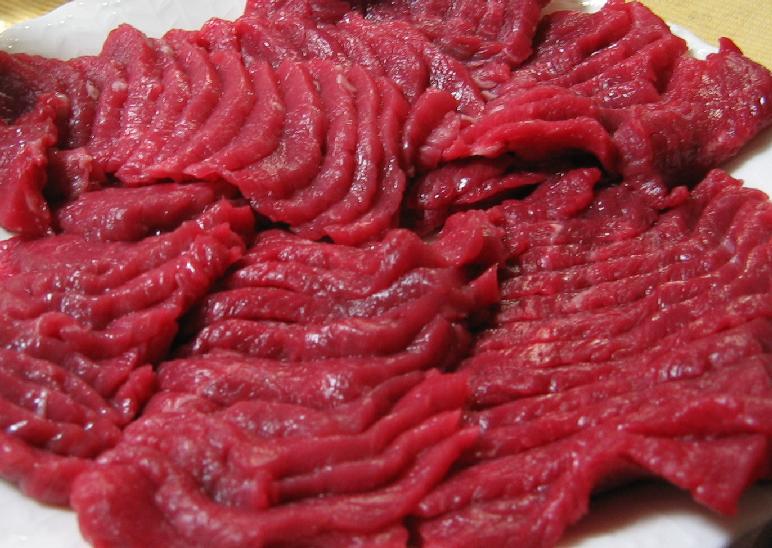 Horse sashimi! Not the first time we’ve seen this dish pop up in Japan. It’s said to be healthy because it’s high in protein and low in calories.

If you can get over the mental aversion to eating horse meat, you can enjoy a slightly sweet meat.

There are a few desserts that are made in Suwa City, like yokan bean paste jelly, but for something that’s truly regional, look out for tempura manju. Manju is a shaped cake (usually just round) with a sweet filling that comes in all sorts of flavours, like matcha, red bean, custard, chocolate, and many more. Tempura manju is pretty much exactly what it sounds like – manju cakes that are dipped in tempura batter and fried. Yum.