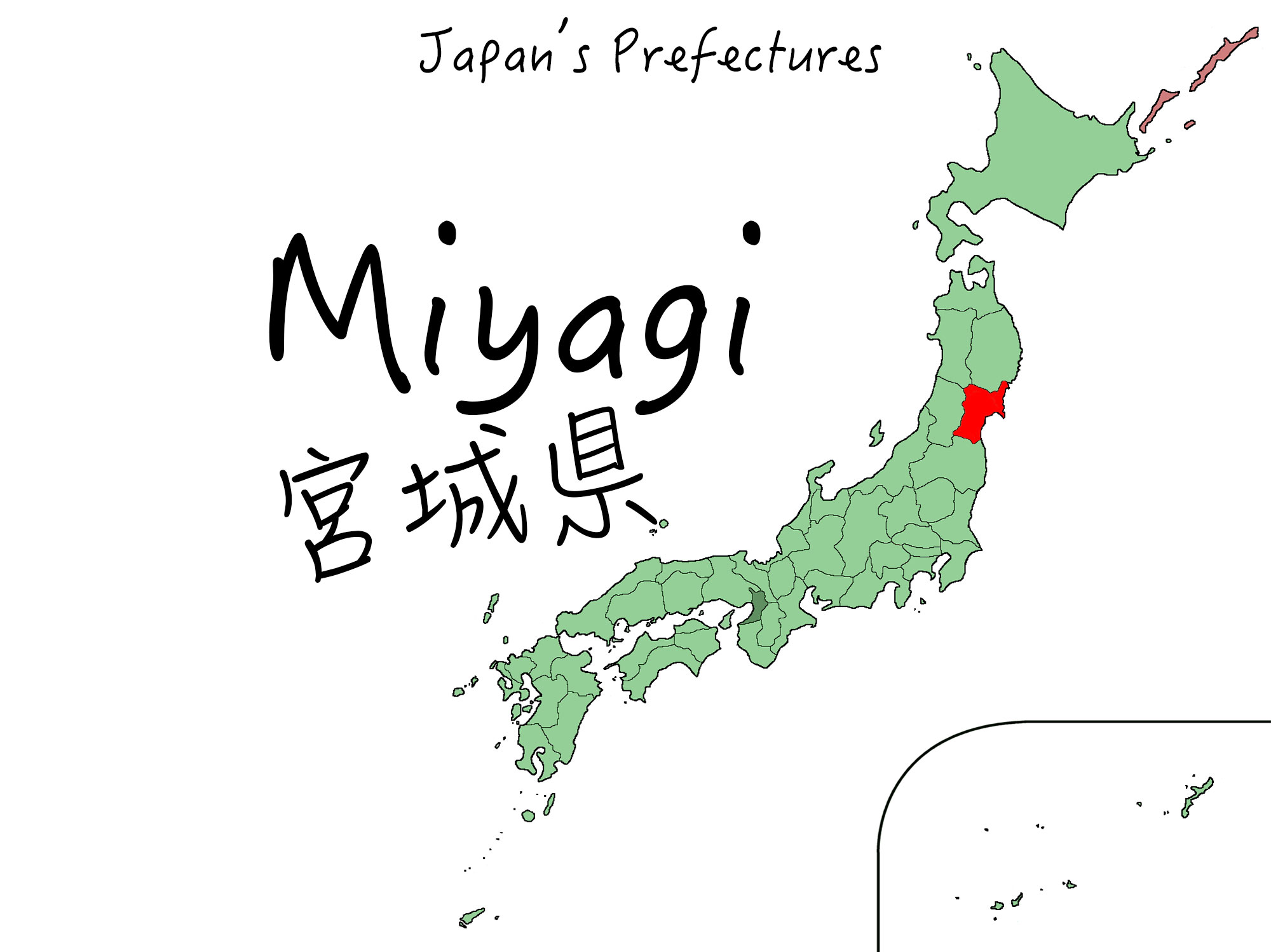 Miyagi Prefecture is part of the Tohoku region in northern Honshu (the main island of Japan) and its capital city, Sendai, is the largest city in Tohoku. The 2011 tsunami hit Miyagi Prefecture, but despite this disaster Miyagi Prefecture has recovered and is a beautiful holiday destination.

One of the ‘3 great views of Japan’ is in Miyagi Prefecture. Matsushima is a group of islands and is only about 30 minutes away from Sendai by train. Photography enthusiasts should definitely try to capture this landscape! The other 2 views are Itsukushima shrine in Miyajima, Hiroshima Prefecture and Amanohashidate sand bar in Kyoto Prefecture.

Other famous things from Miyagi Prefecture include the feudal lord Date Masamune, the electronics and appliances production industries, Sendai and Aoba Castles, Naruko hot spring, and a number of festivals. 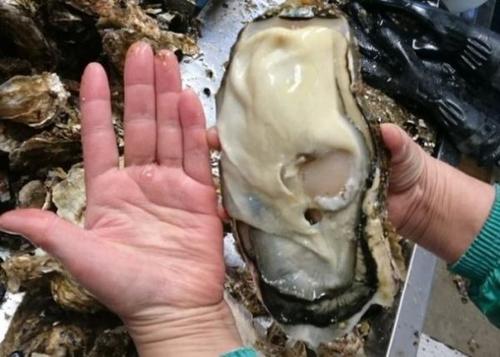 Miyagi Prefecture produces 23% of the oysters in Japan, so it takes them pretty seriously. Almost any oyster dish you find will be special here, but we recommend trying to find kaki-don (a large serving of marinated oysters over rice) and the best season to eat the oysters at their best is October to March in Winter.

If you find a store called a kaki goya they might have all you can eat oysters (capped at 1 or 1.5 hours) but if you want to eat them and not pay, then check out the Matsushima Oyster Festival which happens every February – you’ll get free oysters and sake!

Gyuutan is beef tongue that’s thinly sliced. It’s common for Japanese style BBQ as well as eaten in hot pots and shabu shabu. The local beef, Sendai beef, are raised on rice and barley and are given either an A5 or B5 rating (this is the highest!) but really the tongue steals the show.

A common meal regarded as “gourmet” consists of grilled beef tongue, accompanied with ox tail soup and mugimeshi rice with barley. Less gourmet is beef tongue curry, probably more for those on a budget!

We mentioned Date Masamune (the feudal era lord) before, but one of his achievements was implementing strategies to make Miyagi Prefecture suitable for rice cultivation. Spin offs from the rice production include a healthy number of sake breweries, sushi (where the highlight is the rice not the fish!) and the recommended time to visit is Autumn, when the first rice harvest of the year is.

Sendai zukedon is a sushi dish that highlights the local rice with a big bowl of it topped with marinated white fish. A town called Shiogama has the highest number of sushi shops per population in all of Japan, so if you want to see this rice paired with the best seafood, this is the place to go! 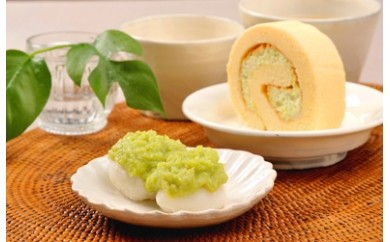 This is a sweet paste made from mashed soy beans, sugar, and a little bit of salt that’s green in colour. It’s traditionally used to top mochi rice cakes, but lately it’s being incorporated into cakes and pastries as trendy European desserts are being infused with Japanese flavours.

Zunda is typically found in street food vendors, and you can also find it in manjuu cakes, as a soft serve flavour, and more unique combos!

Another Miyagi Prefecture produced food item is strawberries! And the best news is you can visit Ichigo World in Yamato Town to pick them fresh yourself! Ichigo World uses state of the art farming practices – i.e. the strawberries are up high, not on the ground, so you can actually walk and pick them without bending over! This means it’s also wheelchair accessible.

Reservations are needed in advance, but the good news is they stay open until everyone has picked their last berry! The booking page is in Japanese but you can find it here.