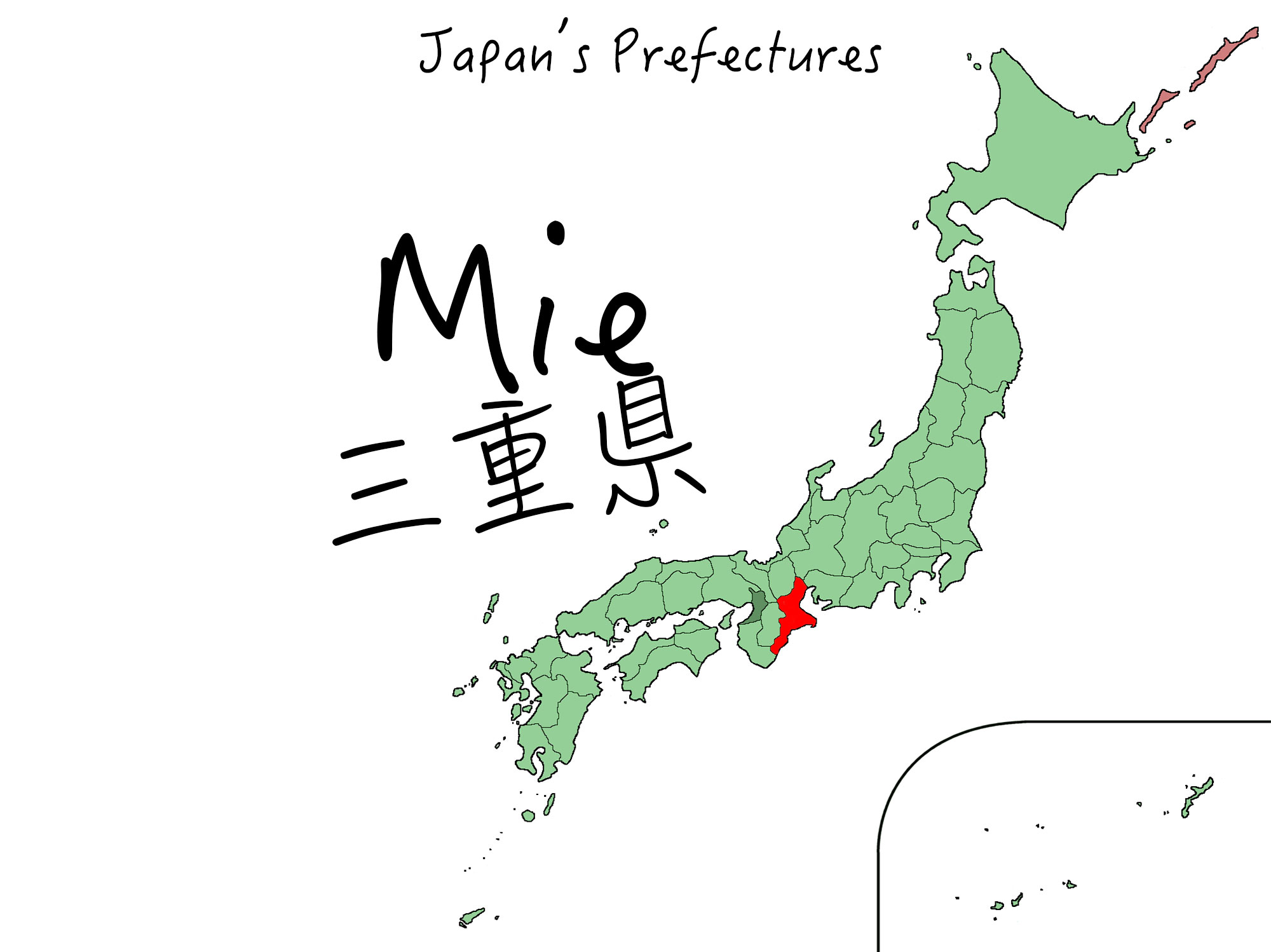 Mie Prefecture houses the biggest and most important god in Japanese mythology, Amaterasu the sun goddess and mother of the other gods and goddesses! You can visit the shrine (which is huge and was built in the 7th century!) dedicated to her in the city of Ise. The prefecture has five major geographical regions – two mountain ranges, the coastline and a peninsular, and a basin on the border against Nara Prefecture. The main attractions in Mie Prefecture are of course Ise Shrine and the pilgrimage route (Kumano Kodo) that runs through it, but it’s also famous for ninjas (Iga Ninja Museum), Nagashima Spa Land (a huge onsen theme park) and Sakakibara Onsen which is considered the third best onsen in Japan, and pearls!

Getting to Mie Prefecture is pretty easy, it’s just over an hour away from Osaka by Shinkansen (change at Nagoya station), and you can access it via several airports, or you can get a boat there since it has a number of ports.

Lobster caught off of Ise island and famous around Japan for being melt in your mouth tender and translucent in colour. It’s used in both western and Japanese dishes. You might have heard of ama, Japanese women who dive for pearls with no equipment. Ama are from the Ise area, and they also dive for Ise bi! The best time to eat them is in winter. If it’s summer and you’re craving some Ise ebi, just visit the small town outside Ise Shrine where you’ll find a handful of stores selling ebi flavoured ice cream… 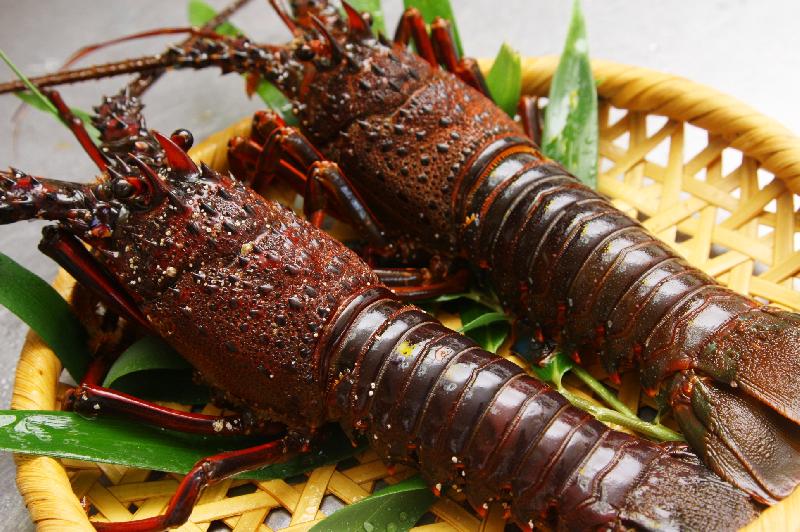 Shellfish in general is pretty popular and well known in the area, including clams from Kuwana city. They’re known for being super big, and are cooked in similar ways to Ise ebi. The areas around Toba and Shima, meanwhile, are known for abalone which is best in summer, so no matter what time you’re in Mie Prefecture, you can pick up some pretty good seafood. Abalone is strictly regulated so it won’t run out, and it also has time to grow quite big.

As always, Mie Prefecture has its own brand of beef known as Matsusaka. The kuroushi cattle breed are the cow of choice, and they’re feed luxurious diets, including beer, and they get regular massages too. Eaten as steak, or thinly sliced for shabu shabu or Japanese style BBQ, Matsusaka beef is definitely an indulgent brand of beef.

It has a high amount of fat and is known as one of the top 3 brands of beef (alongside Kobe beef and Yonezawa beef). Only 2,500 cattle are approved to be branded as Matsusaka beef each year so it’s both difficult to find and very expensive – just 100g of beef will set you back at least $60AUD.

Some of the brand standards include the age of the cow should be around 3 years old, only virgin female cattle can be used, and standards also have to be met on a marbling ratio and meat quality score. On top of this, the heritage, location of upbringing and so on are all strictly monitored as well. If you manage to buy Matsusaka beef, it will most likely come from a shop that’s owned by the Matsusaka brand to prevent imitations! 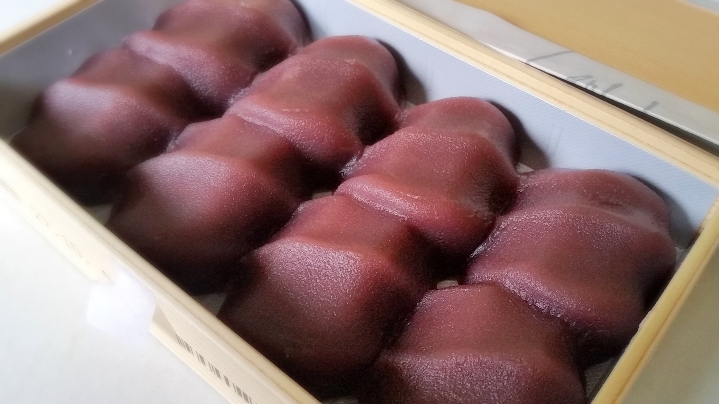 These are a sweet rice cake which were traditionally eaten by pilgrims on their way to or from Ise Shrine. There’s actually a big akafuku shop right outside the entrance to the shrine! At the same shop you can get akafuku kori, or Japanese style shaved ice with an akafuku cake in the middle of it.

Akafuku are mochi covered in red bean paste and then stylised. Another popular souvenir to buy from Mie Prefecture is strawberry filled daifuku, another type of rice cake.

This dish was supposedly taught to a fisherman by a famous Buddhist monk, Kobo Daishi. It consists of freshly caught bonito fish, seasoned with soy sauce and eaten straight away with sushi rice. Unlike what you might be picturing in your head, it’s all served donburi style with a bowl of rice and the bonito all stacked on top.

You can also get katsuo-chazuke which is steamed white rice topped with fresh bonito and then covered in a very light almost tea-like broth. Chazuke, or white rice soaked in green tea is a common snack throughout Japan that is eaten like cereal and katsuo-chazuke is the Mie Prefecture variety.

Udon might not seem that special (especially when you realise how many prefectures consider this a local food!) but udon from Ise city is suuuuuper thick. We’re talking at least three times as thick as regular udon. It’s served in a broth made from mackerel and bonito which is then simmered to create depth in the flavour. While most udon dishes have toppings, Ise udon doesn’t! The most you might get is some spring onions for garnish. Of course there’s also ramen! The ramen from Kameyama city is made with beef bones and flavoured with miso. The noodles are made from a locally produced flour, and locally grown mushrooms are the standard topping.

Mie Prefecture also produces fruits but undoubtedly the most famous is rendaiji persimmons. This variety of persimmon is grown only in Mie and nowhere else in Japan! Dried rendaiji are known for being really sweet, and they’re eaten as a snack locally and bought as souvenirs and gifts too.

If you’re interested in picking your own fruit, click here for all information about the various farms that offer this and booking procedures. These farms include tangerines, pears, and apples!

In 2016 the distillery Shimizu Seizaburo Shoten was honoured with providing the sake for the G7 Ise-Shima Summit. They selected their sake called Zaku as the drink of choice for the event. After this, a few distilleries from Mie Prefecture have become more popular.