Kagoshima Prefecture, the Hawaii of Japan

Kagoshima Prefecture is on the southern island of Kyushu. The prefecture is historically an important place for Japan’s navy and was endorsed as a travel destination by super popular model and personality, Rola. With a huge coastline, a number of islands, and several active volcanos, there are a number of foods that are prized in Kagoshima. Apart from food (the local variety is referred to as Satsuma cuisine), there are great sports facilites in the area, as well as museums and plenty of outdoor activities.

The shinkansen will take you from Tokyo to Kagoshima Prefecture in about eight hours, and it will a transfer at Osaka. You can also fly here internationally from Korea, Hong Kong, Shanghai and Taiwan, or domestically to the main Kagoshima airport or to several smaller airports on some of the bigger islands.

Age in Japanese means “fried”, and Satsuma is an old name for Kagoshima and is still used to refer to traditional things from the area. Satsuma-age is deep friend minced fish. The type of fish can vary, but it’s usually bonito, mackerel or sardines. Kagoshima Prefecture has a somewhat hot climate, so the recipe for satsuma-age was developed as a way of preventing fish from going bad before anyone had the chance to eat it.

The dish might be a bit sweeter than you expect so don’t be too surprised when you try it. If you can’t make it to Kagoshima Prefecture to eat it, check out this recipe from Kikkoman.

Tori means chicken, and sashi is the same ‘sashi’ from sashimi. Put them together and what do you get? raw slices of chicken.

As Australians, we’ve been told over and over again not to eat raw or even undercooked chicken, so this can be a bit hard for us to stomach culturally. But Japan does raw food incredibly well, so if you can get over the mental block, (I’ve heard) this can be an enjoyable dish. It’s described as an acquired taste, and the preparation of torisashi is taken as seroiusly as the infamous puffer fish or fugu.

We all know and love tonkotsu as the pork bone broth with ramen noodles in it. Take out the noodles and add vegetables (and chunks of slow cooked pork) for a hearty stew and you have a local Kagoshima Prefecture dish! Shochu (like a Japanese version of vodka) is also added to provide a touch of sweetness. 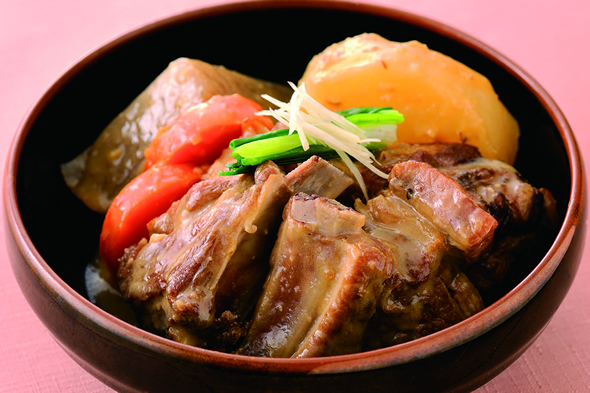 Speaking of shochu… Kagoshima Prefecture is all over it (the average Kagoshima citizen drinks 27 litres of it a year!). Made from rice, barely and local sweet potatoes (called satsuma-imo), restaurants around the prefecture will stock more varieties than it’s possible to try. If you want to get deep in the nitty gritty details of local shochu, ask from imo-jochu (all potato shochu) or kokuto-shochu (brown sugar shochu) and taste some really unique flavours. They’re so unique the names are actually geographically locked to Kagoshima – the same as how real champagne comes from Champagne!

There are over 2000 shochu brands from Kagoshima Prefecture and a number of them offer tours. Check this link (may be out dated) to see which ones offer tours and how to book. It’s also stored and served differently to sake, so it’s like a whole other experience – make sure to try both!

This is something you have probably heard of, the famous Japanese black pork. The name comes from the pigs’ black hair, and this variety is highly prized. Kagoshima Prefecture is the largest pork producer in the country. What makes it special is that the fat has a high melting point, preventing it from getting sticky and giving it a lighter flavour, it’s also rich in amino acids which is what makes it so tender.

Locally, it’s best enjoyed in shabu shabu style hot pot, but you can also find baum-katsu which is an interesting invention of using layers of thin sliced pork and molding it into a donut shape then deep frying it… 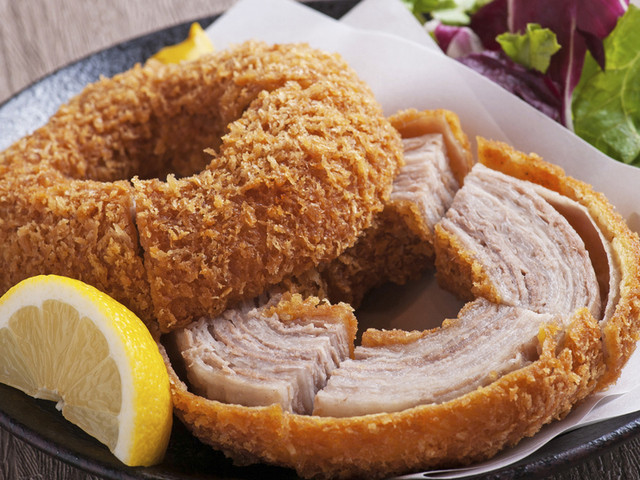 The volcano on Sakurajima island has made the soil there a great place for daikon radishes. Some have been found as large as a basketball! The coastline is also home to giant eels, and bonito flakes are manufactured here.