Located in the Kanto region, Gunma Prefecture is one of Japan’s few landlocked prefectures. Gunma Prefecture has some unique things for tourists to see, like the melody road – if you drive over the bumps on this road at 50km per hour, the tacticle vibrations through the wheels of the car will play the tune of “Memories of Summer”. The local mountains are good for skiing and when you’re sick of the cold you can visit Kusatsu Onsen. The super famous anime franchise Initial D which also has car racing arcade machines was set in Gunma Prefecture too!

You can take the shinkansen from Tokyo to Gunma Prefecture however it only has access to the western side of the prefecture. To access the eastern side (where the capital is), you need to use local trains which are not as easy to navigate as Tokyo. It’s definitely recommended to hire a car if you’re travelling in Gunma. 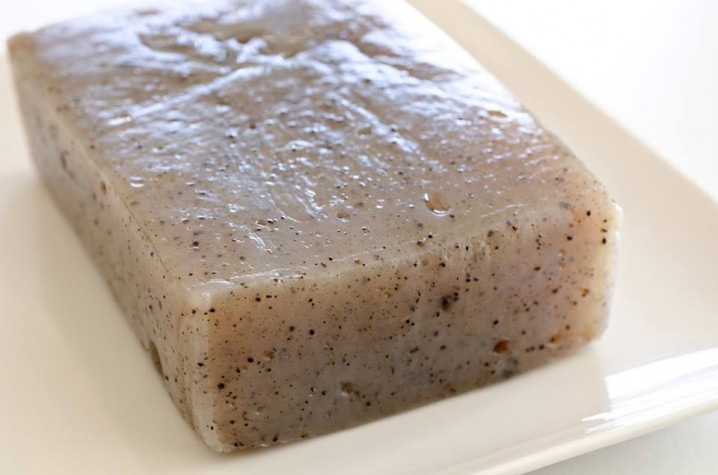 Cabbage and konjac are the two most common vegetables grown in Gunma Prefecture. You might have heard of konjac (or konyaku) and wonder what exactly it is – it’s a jelly like food that is made from the root of a plant often called the ‘devil’s tongue’ in English. The underground root of the plant is ground up and cooked to make the slabs of jelly or are formed into a noodle shape, referred to as shiataki. It’s very low calorie with high fibre content, making it a popular diet food, but don’t eat too much because it can cause digestion issues if you make it the main ingredient in all of your meals…

90% of all Japanese konjac is grown in Gunma.

Wheat has also been produced in Gunma Prefecture for a long time, and where there’s wheat, there’s cake! Manjuu are a type of pancake like batter with a filling and cooked in a mould. They can be round, shaped like a leaf, or any other number of shapes, usually a shape that is significant to the area. 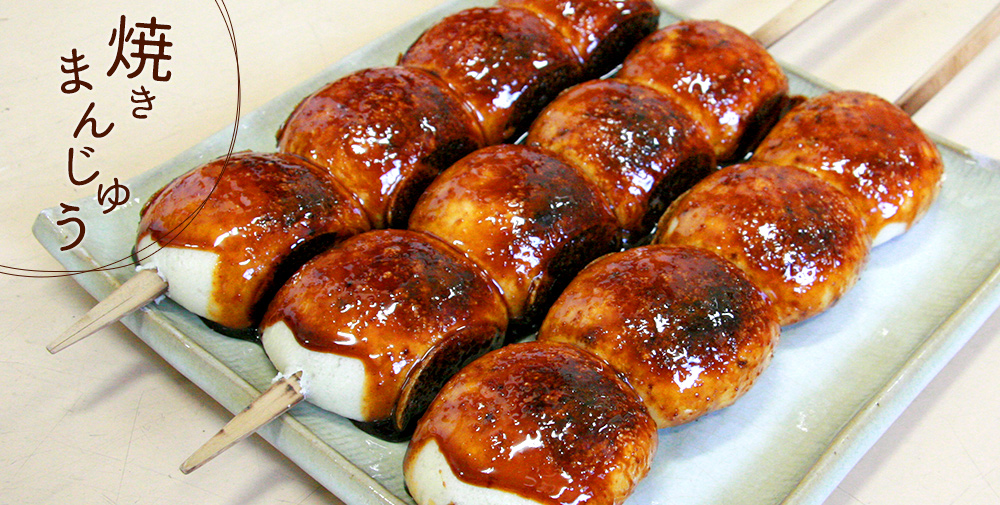 In Gunma, manjuu are skewered and roasted over charcoal while being basted with a sweet and spicy miso glaze. Every January, you can visit Isesaki Shrine to see a gigantic yaki manjuu being roasted.

It’s said that okkirikomi is similar to houtou from Yamanashi Prefecture but there’s a big difference in the main ingredients. Okkirikomi noodles are wide and flat udon noodles served in a soy sauce based soup that also has a lot of vegetables in it. The flour from the noodles combines well with taro to thicken up the soup.

Leftover okkirikomi eaten the next day is even better! Find a recipe for it here.

You will also find kiryu himokawa in Gunma Prefecture, which is another variety of wide, flat noodle, though this one has a slippery texture. Pasta is popular too, Takasaki City is an area that has one of the highest number of pasta restaurants per capita in Japan! There’s an annual “King of Pasta” contest there each year.

The Tone River provides a pure source of water which is used to raise local beef and pork, known as joshu varieties. Gunma Prefecture farmers use advanced fattening techniques and unique diets that are adapted from the environment to produce super high quality meat. Best eaten as a steak or as shabu shabu, there are also some dairy farms that produce milk. In 2010, Gunma Prefecture was the third largest producer of milk in Japan! 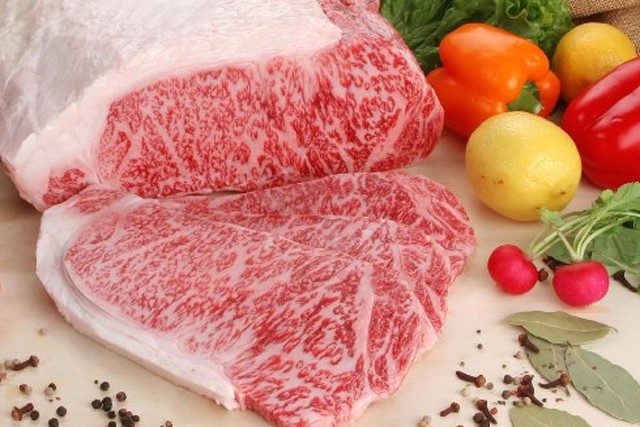