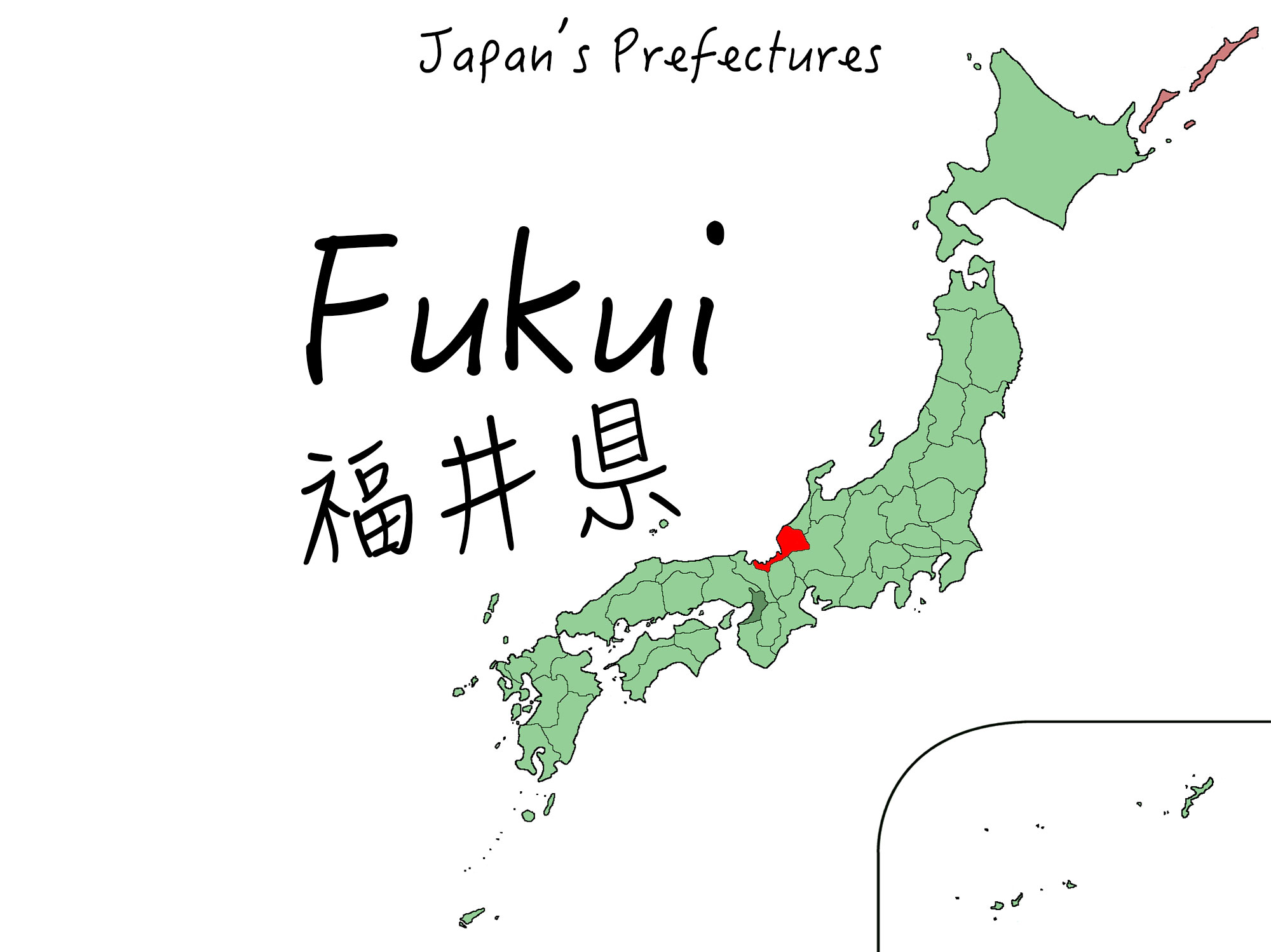 Fukui Prefecture, located in the Chubu region of Honshu Island, has a dinosaur named after it! Yep that’s right, the Fukuiraptor (a raptor, how intense) was discovered in Fukui Prefecture. The capital city is also called Fukui, and the prefecture’s economy is powered by several nuclear power plants and it produces 90% of domestically made glasses (for viewing the dinosaurs of course). Along with the very old dinosaurs is the oldest castle in Japan, Maruoka Castle which was built in 1576, and paper making is culturally significant to the area.

To get there, you have a choice of two shinkansen lines (depending on which one you take you’ll need to transfer at different places), and also an airport but we don’t advise it because it’s not that close and it’s not linked to a shinkansen line so your best options is to get to Fukui Prefecture via either Osaka or Tokyo.

Fukui Prefecture is known for having good quality water supplies, so just like we’ve spoken about before with prefectures that have super clean water, sake, soba noodles, and rice and prized here in Fukui Prefecture.

There are several local rice brands and a number of breweries, some of which you can visit.

The local soba variety is served in a cold soup with a number of various toppings which is pretty unusual for soba to have toppings.

Available year round, these are a crab closely related to snow crabs. You can eat the crab grilled, giving the meat a chewy texture, or as sashimi and hot pot and all the regular ways of eating crab.

Seiko don is a dish made with the eggs of echizen crabs served over a bowl of white rice. There’s a mixture of fertilised and unfertilised eggs and then the whole thing is covered with a broth made from echizen crab too, a good dish that uses all parts of the crab.

Most people have probably eaten or at least seen katsudon – a bowl of rice topped with a pork cutlet cooked in a gooey egg mixture. In Fukui Prefecture they leave out the egg and instead dip the whole pork cutlet into katsudon sauce to add a bit of liquid.

You can also get this in smaller portions in bento boxes!